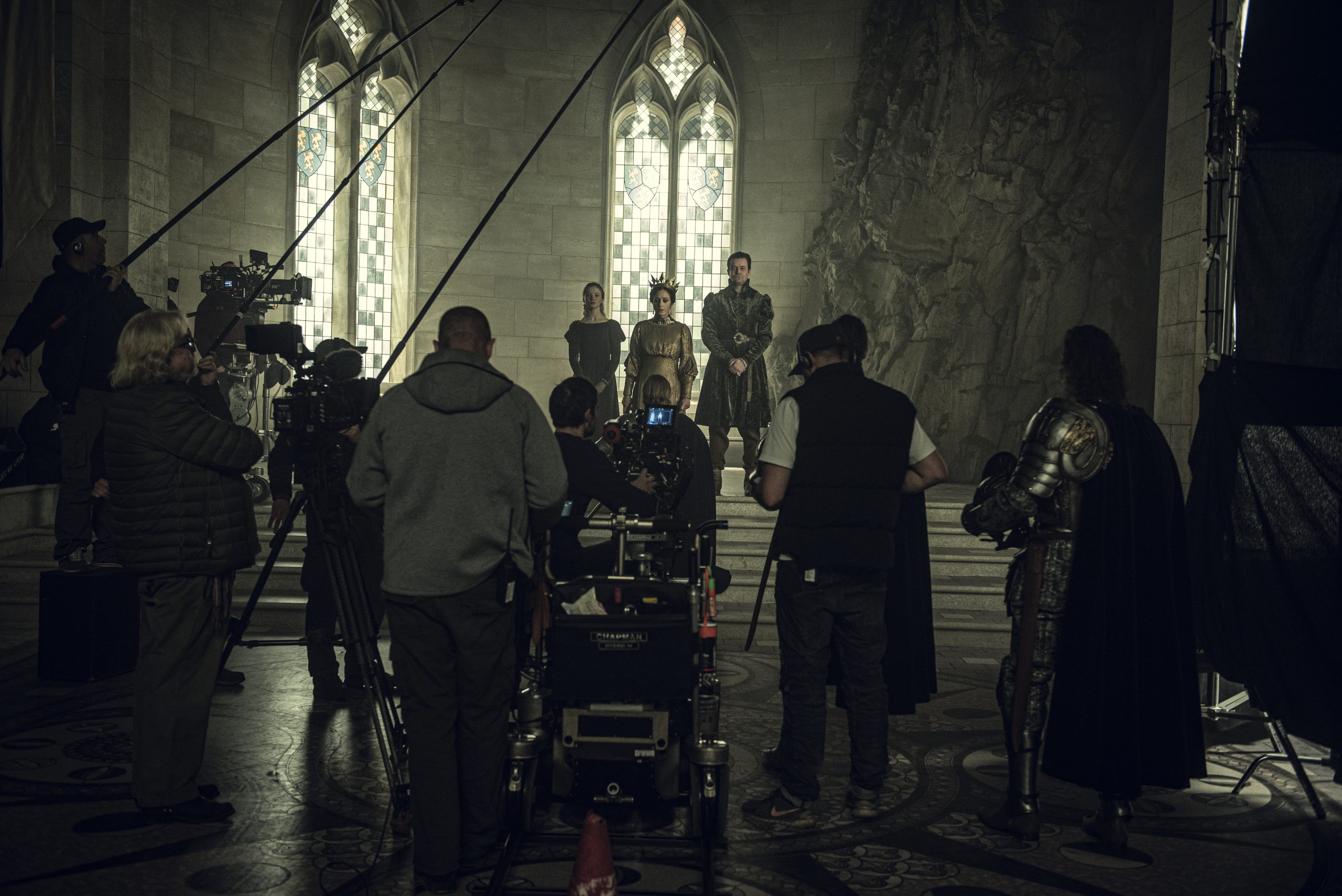 The Witcher was partly shooted in Hungary, so plenty of hungarian actors took part in the production. One of them, Martin Berencsy answered our questions, we talked about the shooting, the famous actors and directors and his future plans.

Let’s start with you as a person!How did you get in touch with acting?

At my previous school there was a classmate of mine, who was a child of actors. We were friends and as a „Talent Show” was to take place in the school we knew we had to take part in it. We did a two-person standup comedy from a famous Hungarian comedy group called L’art pour L’art. We got maximum points, standing ovation and the audience voted us the best performance, which sparked my interest in acting. Since then it is a passion of mine. The more I play the more I realize how much I need to learn about acting which inspires me more.

How difficult is to keep the balance between the work and the school?

It depends on how many jobs I have at the moment. Nowadays I have one premiere coming up and one smaller project going on, so I have a decent amount of time on my hands. But for example, just in May I had 26 performances, attended school so I wouldn’t fail the year and had my biggest shooting project so far. There were days when I woke up at 5am so I could get to the shooting location at the other side of the city, would work till 12am, get on a train, travel 80 kilometers to a Theatre in the countryside, where I did a performance from 3pm to 6pm had one hour to sleep then did another one from 7pm ‘till 10pm. I arrived home at 12pm, went to sleep so I could attend school the day after.

What has been your most important work beside The Witcher?

My biggest project was a Hungarian series called “Bátrak Földje” (Land of the brave) it will be soon airing on RTL Klub.

How did you get into the Witcher?

A friend of mine from work told me that an agency was looking for young, English speaking actors, and asked me if I would be interested. At the time I had only played in Hungarian projects, and thought that I would like to try myself in a foreign one. My parents and I used to live in India and the UK for a while, so thankfully English speaking didn’t mean a problem for me. But back to the question, I first had to write an autobiography, which basically consisted of projects I have done, or my experience in acting, and how I could speak English. Weeks later after I sent it, an email came saying “The Witcher casting”. I remember I was so shocked I just sat in my room staring at my mobile for about 30 minutes. Later I called my friend, (whom I did the comedy show with,) that he should run for a part as well. We went to the casting together and we both actually got the roles we casted for.

Please tell us something about the shooting! How did a normal shooting-day look like?

Previously I would get my script for the day, which scenes were set to take part, when I had to go to the hairdresser, the makeup artist, and so forth. A driver would pick me up early in the morning and take me to the location of the shooting. I would grab breakfast, then get in costume and wait to be “called into action”.

You worked with some well-known actors during the show? Did you have conversations with them?

On set I met Henry Cavill, which was a dream come true. It was amazing to see him work, he walked onto set as Gerald and walked off set as Gerald. The actresses whom I met, look up to and still keep in touch with to this day are Freya Allan and Viola Prettejohn. The talent, character and intelligence these girls have made me truly admire them, and be thankful to have been a part of this project.

Have you got funny stories about the shooting? Would you tell us them?

I do have one, but it didn’t happen on set, it happened during casting. Alik Sakharov was reading the lines with me and the last thing I would say in that scene was a swear word, so at the end of the scene I would always call him something not pleasant. Every time after the cameras shut off, when we were done with the scene, he would have the most rigid face and would tell me:” Don’t. Call. Me. That.” I would always get scared and apologize but then he just laughed it off.

The show has got an enormous budget and it is expected to be a great success. Did it meant pressure for the crew?

Not at all. By the time we got on set with the other actors we have rehearsed the scene on previous days as well. But it think this was also due to the professionalism of Alik. If we messed up or needed to do something again, he would calmly tell us what to do and how. I thought that with the huge name he had made for himself, a huge ego would pair with it. Instead he was the nicest and one of the humblest person I’ve ever met. It was an honor, I’ll never forget being directed by him.

Please tell us something about your character!

Even though my role was rather episodic I am truly happy it makes fans imagination so active, even before the premiere. I will leave the interpretation of my character to the imagination of the fans who will be able to see it very soon! I can only truly say that I’m proud of being a part of this amazing and unique project and working with many great people on set.

It’s reaaly great to see that fantastic shows and movies are beeing shooted in Hungary. Is it your plan to take part in them?

Yes! Definitely! I love to meet new people, and it always have been a dream of mine to act more on the screen. Of course, I love the theatre for Its own unique aura and the challenges it has given me so far, but I will take a movie role anytime!

· Please tell us something about your future plans! Do you want to focus only on actingor you have other goals too?

I would like to concentrate on acting and will give the best of me to make a living out of it, I am also interested in stuntman work. A couple of years back I was a part of my national rugby team. I have also had a lot of fighting and falling I had to do in the theatre, so I would be interested in that as well!

Finally, what do you do in your free time? What types of tv-shows, movis, books do you like?

If I’m not working, I try to concentrate on family and friends. For hobbies I would have to mention tennis, which I play with my younger brother once or twice a week. I mainly read literature since I will need it, if I will go to university in Hungary. I love movies, but I prefer series because they have more time for good story telling and character development. Although I admit I don’t watch movies as I used to. I can’t. Being part of something such as this project gives you background-knowledge so you will see films from an inner perspective, not as an outsider viewer.